Lots of different things to see and do

At the foot of the Gibralfaro castle lies a jolly and vibrant city, with an array of hidden corners of beauty and charm, such as the Alameda Principal, the boulevard and the beach. Owing to its pleasant climate (reportedly the best of Spain, with an average of 320 sunny days a year), the beach, the many tapas joints, museums and bustling squares, Málaga is one of Spain’s major tourist destinations. Thankfully, Málaga has been able to retain its authenticity.

Pablo Picasso’s spirit is almost tangible as you wander the streets of Málaga, but most at the Museo Picasso Málaga. Visiting the exact spot where one of the greatest 20th century artists was born in 1881 (the Casa Natal at Plaza de la Merced) is obviously a highlight. But the Carmen Thyssen Málaga museum is also worth a visit, showing the importance of Andalusian artists in Spanish 19th (and 20th) century art.

As you explore the city you will stumble on many historic monuments, such as the Málaga Cathedral (which has only one tower), a tenth-century Arab palace-fortress (Alcazaba) and, at its foot, the city’s Roman theatre.

Highlights on the city’s calendar include Semana Santa (the Holy Week in the run up to Easter) and the not to be missed Feria, a week of festivities mid-August. 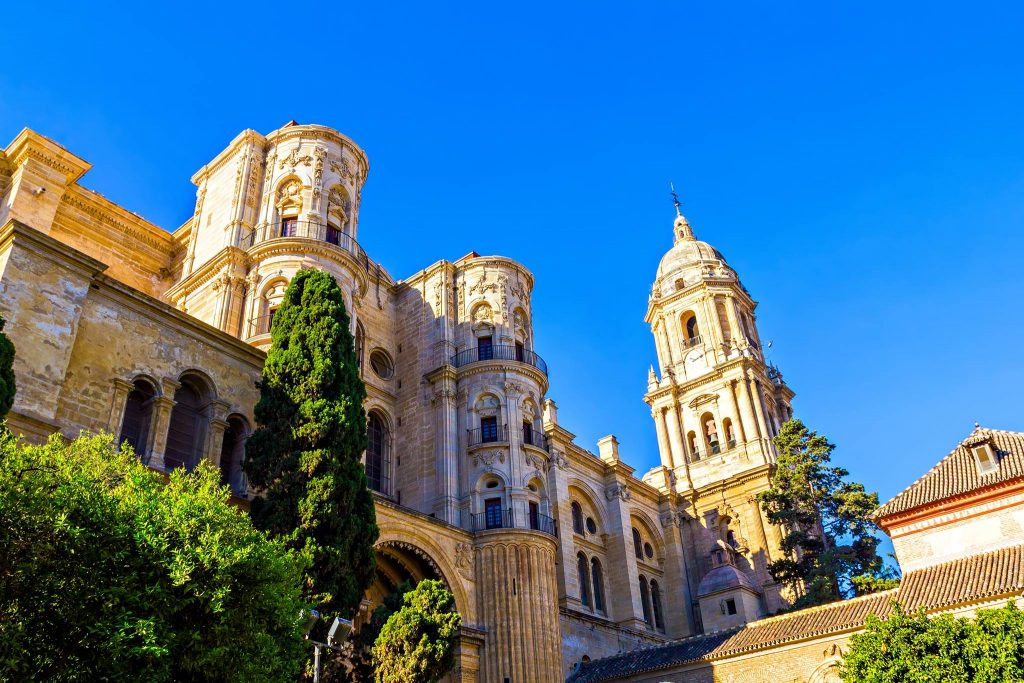 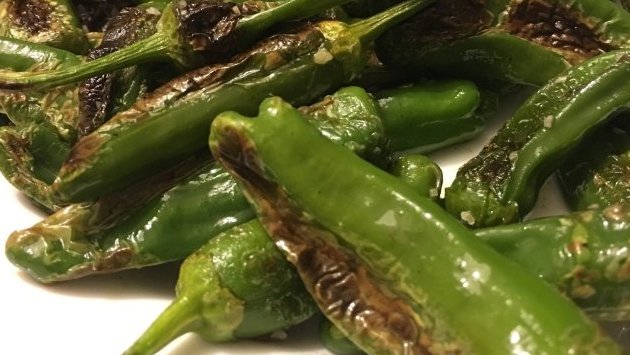 A short walk from all of our apartments, you’ll be able to relax at Málaga’s beach La Malagueta. Rent a beach bed and parasol at a chiringuito beachbar and while away the day sipping a cold drink…. And if you feel like a snack, we highly recommend you order the fresh grilled sardines.

There are a number of fishing villages scattered around which make for a nice getaway from the inner-city but are close enough to get to by bike (or bus). If you want to get a taste of some fresh-caught Andalusian fish at an authentic fish restaurant, you’ll be in the right place.

At the harbour, the former Muelle de la Farola pier has been completely revamped and is now called the Muelle Uno: a nice place for a leisurely stroll (or strut) around the marina for luxurious yachts. Or take in a shop or two, have a drink at a café or a bite to eat at one of the numerous restaurants (there’s even one with a Michelin star). The benches lining the promenade are a good place to sit and enjoy views of the harbour and the historic centre of Málaga or simply to people-watch.

‘Tapas’ are the appetizers, canapés or snacks the Spanish cuisine is famous for. Most bars and cafés in the country serve them, and eating them (“tapear” in Spanish) is a typical part of Spanish culture.

The great thing is – you can eat them all day long! A tapa is meant to be consumed as a light snack between meals and does not constitute a complete dinner and are not part of a Spanish restaurant’s menu (contrary to the ‘tapas’ restaurants in other countries which serve ‘tapas’ as a whole meal). And if you’re lucky, and this is often the case in Málaga, you get some complimentary tapas when you order a drink😊

The forms and tastes of tapas vary across regions, neighbourhoods and bars. Tapas the most seen are; 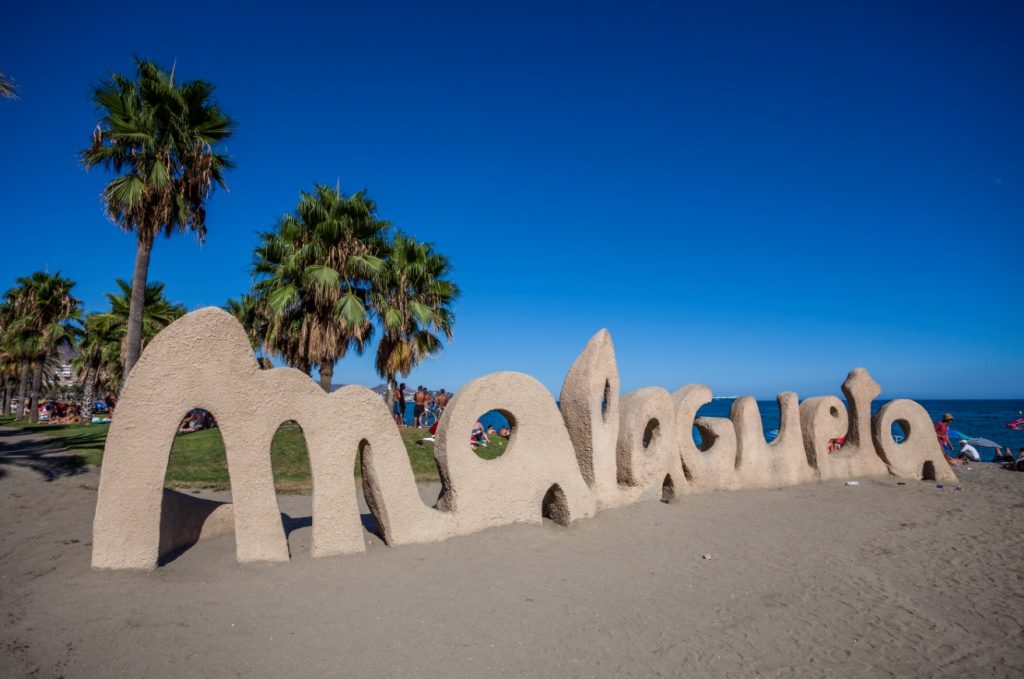 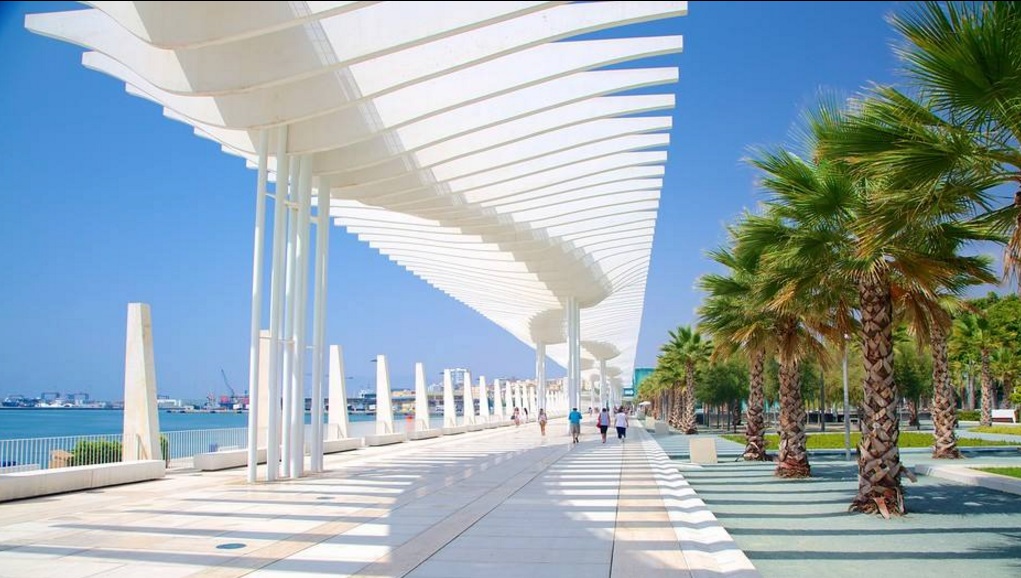 Málaga’s historic centre is ideal for shopping. For fashion hit the elegant (upscale) Calle Larios and the attractive surrounding streets. You’ll be happy to find that most of the city centre has been pedestrianized, making your shopping spree that little bit more relaxing. You’ll also find many elegant, traditional cafeterias (and public seating) if you want to take a break.

Málaga is a vibrant, cultural city with “something for everyone”. We would run out of space very quickly if we tried to list all the sights and activities Málaga has to offer. We’ve left that to the experts, who offer some really helpful guidebooks and tours.
(click on the picture for more information) 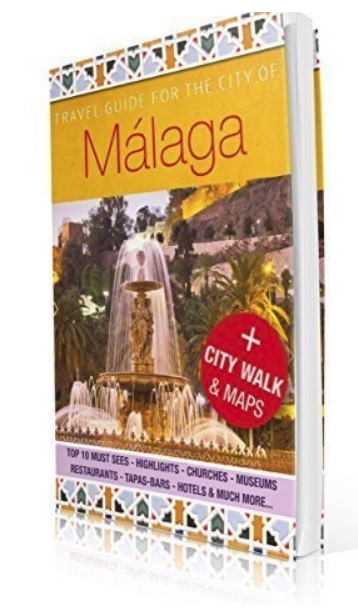